Skip to Content
By continuing to use this site, you agree to the use of cookies.
Home Programs CPC – Certified Professional Coach

Obtain the training you need to become a Certified Professional Life Coach with our LIVE ONLINE CLASS.  This is a 16-hour certified proven system of coaching with a highly interactive applied learning method that will be facilitated by Sonja Budreau, Certified Master Coach.

This coaching program is called the Wainwright Method of Coaching designed by Barbara Wainwright, the owner of Wainwright Global Institute.  She wanted to provide an affordable coaching program in a 16-hour immersable time frame for more people to become coaches and change lives for the better. 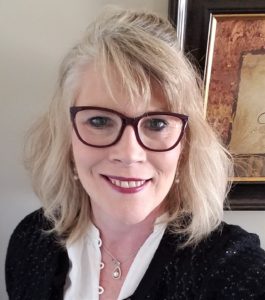 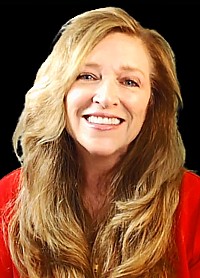 This program was designed by Barbara Wainwright, master coach and founder of Wainwright Global, Inc.  Barbara developed this in response to providing an affordable coaching certification solution utilizing an immersion learning method backed by applied science.  In addition, the Wainwright Method of Coaching has been extremely successful and it has been taught to over 10,000 students worldwide.  Furthermore, you will be trained in 16 hours, and your CPC® Professional Coaching credential issued by SLA. ~ Certificate of Professional Coaching.

Cost of Tuition & What is included?

This tuition for this certification program and training is:

Note: This curriculum has been accredited through the AACSB at the University Graduate Level.

To become a professional coach, you do not have to have a college degree or training in a specific field.

The two key areas that will help you build your foundation as a coach are from life and work experiences.

Types of Niches – there are over 101+ areas a coach can specialize in for almost every kind of situation, goal, or challenge.

This is not an exhaustive list but it will give you an idea of some areas to choose from.

In addition, 2020 coaching has become more of a “necessity” than a “luxury” This is the ultimate time to become a life coach!

Do you have a sincere passion to help others?  Are you ready to kiss your dead-end job goodbye and be your own boss?

Let me share with you the 5 benefits of becoming a coach:

2. Unlimited income. You set the fees and choose the coaching services to offer.

3. With over 6 Billion people on the planet and no boundaries, you can support clients from around the world.  There is always a demand for coaching services.

4. World Crisis & Uncertain times, coaching is adaptable to each situation and is recession-proof.

5. Very rewarding to transform one life at a time.

What is Professional Coaching?

“A person who counsels or motivates others in the achievement of personal objectives such as choosing or changing careers, improving relationships, setting goals, and determining priorities.”

What is the accreditation difference in between SLA & ICF?

What’s the difference between ICF and SLA? – both are accrediting bodies for Coaching.

International Coaches Federation (ICF) doesn’t report and isn’t accountable to any higher authority. They are self-established, self-accredited, and self-regulated. They set standards and rules for coaching and identified themselves as the overseer of those rules.

Strategic Learning Alliance (SLA) established an evidence-based method to identify the needs of the industry based on student’s and client’s perspectives. In doing so, SLA continuously tested against the Department of Education, the AACSB, and the Society of Human Resource Management’s standards and desired competencies. SLA spent a decade testing, measuring, and demonstrating adherence to their performance needs in addition to the expectations of students and clients to establish the independent measurements. SLA had continuously maintained that adherence for a decade before establishing their independent authority based on those standards-based efforts. In addition, SLA’s curriculum has been accredited with the Association to Advance Collegiate Schools of Business International (AACSB) through Seattle Pacific University.

ICF has increased the costs to the point that certification is not affordable for most.

Wainwright Method of Coaching is easy to learn and easy to use. During the 16 hour course, you not only learn to coach, but you also receive coaching. That means, you will leave the class with a clear vision of where YOU want to go, what you want to do, when you want to do it by, how you will get it done, and who you would like to do it with.

The Key of Immersion Learning

About Master Coach Sonja ~ Your Trainer